Here is what I learned going over my TSN trade from earlier this month:

I made both those mistakes on this TSN trade: 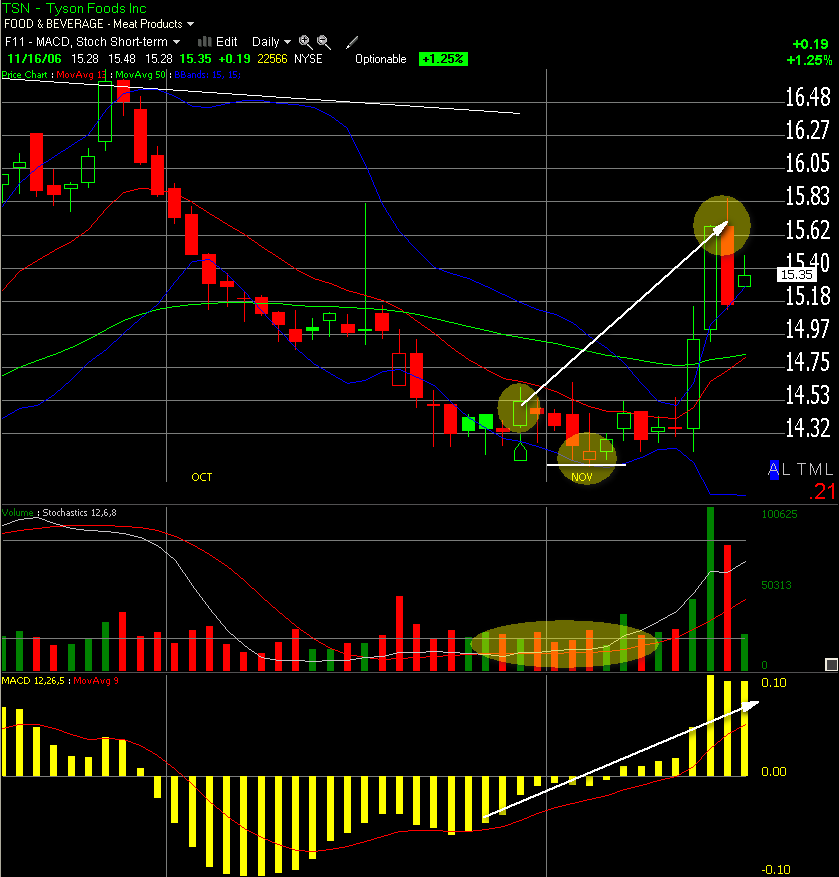 I spotted the setup on the scans I do in TC2007. The idea here was that TSN was looking very bullish on 10/29. MACD was starting to trend upwards and was above it 9 days EMA. The Stochastics was also low so we where oversold and more than likely at the beginning of an uptrend. I started watching TSN and all I needed was for the price to go over 14.41, the prior day’s high. During the day on 10/30 it did and I picked up TSN at 14.54.

I do not have a lot of time dedicated to trading, I don’t trade full-time yet. Sometimes, my horizon gets to big for what I can handle. I have gotten into the bad habit of getting more excited about finding new setups and new symbol than I am about current ones. Getting out in this case was 100% the right thing to do but I treated TSN as if game was over.

I completely failed to acknowledge that even though the price was too low for my risk level, it had nothing to do with the setup and everything that made me get in in the first place was still valid. Had I hung in there, on the sidelines, I could have gotten back in two days after, on 11/04 at roughly the same price and benefit from the trend that took the price up to almost 16 a little over a week after.